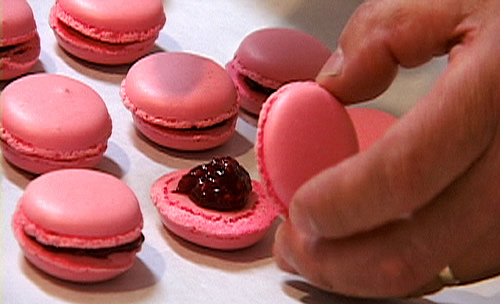 Chris Hegedus has been making films as a director, cinematographer, and editor for 35 years recording some of the best-known personalities of our times. In 2001, she was awarded the prestigious Directors Guild of America Award for Startup.com. With her partner D A Pennebaker, Chris directed The War Room, following Bill Clinton’s 1992 presidential campaign. The film received an Academy Award® nomination and won the National Board of Review award for Best Documentary. In 2006, she theatrically released, Al Franken: God Spoke, which chronicled the comedian’s transformation from political satirist to politician.

Hegedus first collaborated with Pennebaker as editor of Town Bloody Hall, a record of the infamous 1971 debate on feminism moderated by Norman Mailer. The team went on to direct the three-part special The Energy War (1977); DeLorean (1980), following auto entrepreneur John DeLorean; Rockaby (1982), written by Samuel Beckett for their project; and the acclaimed feature Moon Over Broadway(1998), which chronicled Carol Burnett’s tumultuous return to Broadway theater.

Hegedus and Pennebaker’s music documentary features include Depeche Mode 101; Down From the Mountain, a companion concert film to the Coen Brothers’ O Brother, Where Art Thou?; and the soul musical tribute Only The Strong Survive, which was selected for the 2002 Cannes Film Festival and distributed by Miramax. Their HBO special, Elaine Stritch at Liberty, won a 2004 Primetime EmmyTM Award for Best Music, Comedy or Variety Show.

D A (Donn Alan) Pennebaker is widely regarded as one of the pioneers of cinéma vérité filmmaking. In the early 1960’s, he was part of Drew Associates which produced the influential Time-Life “Living Camera” series. The subjects ranged from Jane Fonda’s Broadway debut, Jane, to Kennedy’s1960 Wisconsin Democratic primary, Primary, to the desegregation of the University of Alabama, Crisis.

In 1967, Pennebaker released the seminal classic Don’t Look Back, which followed Bob Dylan’s last acoustic concert tour in England. He continued to capture the musical moment with Monterey Pop, Keep On Rockin’ and Ziggy Stardust and the Spiders from Mars. 1970 brought Company – The Original Cast Album, about the recording of the Stephen Sondheim musical’s cast album featuring Elaine Stritch.

In 1976, Pennebaker began his long collaboration with his partner and future wife, Chris Hegedus, co-directing such acclaimed films as 1998’s Moon Over Broadway and 1993’s The War Room, which received an Academy Award® nomination and won the National Board of Review’s D.W. Griffith Award for Best Documentary. The team’s early films include the three-part special The Energy War; Town Bloody Hall, and DeLorean. Some of their many films about the performing arts and popular music are Rockaby; Depeche Mode 101; Searching For Jimi Hendrix; Down From The Mountain; Only The Strong Survive; and the HBO special Elaine Stritch at Liberty, winner of the 2004 Emmy AwardTM for Best Music, Comedy or Variety Show . Pennebaker’s many professional honors include the IFP’s Gotham Award.

Frazer Pennebaker joined Pennebaker Hegedus Films in 1980, and served as assistant producer on DeLorean. He has produced and executive produced all of Pennebaker and Hegedus’ theatrical and television films since 1983, beginning with Dance Black America for PBS. His feature productions include the Academy Award-nominated The War Room; Moon Over Broadway, about Carol Burnett’s return to Broadway; and the music feature documentary Depeche Mode 101. He also co-produced Down From the Mountain; Only the Strong Survive, the award- winning Startup.com, and Al Franken: God Spoke. In addition to his roles as producer and executive producer Pennebaker oversees all film distribution and sales for Pennebaker Hegedus Films.

Television productions include Elaine Stritch at Liberty, winner of the 2004 EmmyTM Award for Best Music, Comedy or Variety show. Other television credits include The Return of the War Room, Vote For Change and The First Amendment Project: Fox vs. Franken for Sundance Channel; and, for HBO, “Assume the Position” with Robert Wuhl, and a segment of Addiction. He has also produced a number of music videos, and long-form music films including Jimi Plays Monterey; Shake with Otis; Suzanne Vega: Open Hand; Branford Marsalis: The Music Tells You; Woodstock Diary; Searching For Jimi Hendrix; Bessie; and Sessions From West 54th Street.

Flora Lazar writes about food for the Huffington Post and owns Flora Confections, a Chicago- based artisan chocolate company. She is a graduate of the French Pastry School of Chicago and has interviewed pastry chefs throughout France for a companion history she is writing on the Meilleurs Ouvriers de France competition. Before entering the pastry arts, Flora, who earned her B.A. from Harvard and her Ph.D. from Columbia University, spent nearly two decades in academia and educational advocacy. Most recently, she launched and directed the public affairs unit at Chapin Hall Center for Children, one of the world’s most renowned centers of public policy research on children. She co-founded the National Service Learning Partnership, a national advocacy supporting community service in schools and was the founding co-director of Operation Respect, an educational and advocacy organization addressing the issue of school violence. Flora is a long-time volunteer at Chicago’s Green City Market, one of the country’s largest farmers markets focused on sustainable agriculture.